Dr. John Balfour, 1951-1976
A native of Vancouver, Dr. Balfour graduated from the University of Alberta MD program. He interned at the Royal Victoria Hospital in Montreal, and pursued his surgical training at Memorial Hospital in New York. After serving overseas in World War II, he established a Urological practice at the Queen Mary Veteran’s Hospital in Montreal. With the establishment of the UBC medical school in 1951, Dr. Balfour returned to Vancouver in the role of Clinical Associate Professor, and Head of the UBC Division of Urology. He established the undergraduate and postgraduate educational programs in Urology, and early on he recognized the need for subspecialty training in areas such as pediatrics, oncology, transplantation, infertility and calculus disease. He served as Division Head from 1951-1976 before retiring.

Dr. Martin G. McLoughlin, 1977-1988
Dr. McLoughlin was born in Vancouver and graduated from the UBC Faculty of Medicine in 1968. After interning at the Royal Victoria Hospital in Montreal, he undertook Urological training at Johns Hopkins Medical Center in Baltimore and was awarded a faculty position there. Upon the retirement of Dr. Balfour, Dr. McLoughlin was recruited as Head of the UBC Division of Urology in 1977. Although only 35 years old at the time, because of his personal dynamism and technical expertise, he was able to establish the renal transplantation program for the Province of British Columbia, recruit and train dozens of talented residents, and make significant contributions to the peer reviewed literature. In 1988, Dr. McLoughlin completed his tenure as Division Head. He continues in a large and varied clinical practice in Vancouver, and remains actively involved in clinical teaching at both the undergraduate and postgraduate levels.

Dr. Ernest Ramsey, 1990
Dr. Ramsey was a graduate of Queen’s University, Belfast, Ireland. He completed his postgraduate training there, and at Queen’s University, in Kingston, Ontario, before accepting an appointment at the University of Manitoba. After rising to the rank of Professor and Head, he was recruited to the position of Professor and Head of the UBC Division of Urology. Unfortunately, after only six months in this new role, Dr. Ramsey returned to Winnipeg where he assumed the role of Chairman, University of Manitoba Department of Surgery. He maintained an active clinical and academic practice, with countless contributions to the Canadian Urological community until 2001 when he died prematurely.

Dr. Hjalmar W. Johnson, Interim Chair, 1988-90, 1990-91
Dr. Johnson was raised in Manitoba, and graduated from the University of Manitoba Faculty of Medicine in 1956. After completing his Urological residency at UBC he was one of the first pioneers in Canada to pursue additional fellowship training in Pediatric Urology at both Toronto’s Hospital for Sick Children, and Great Ormond Street Hospital for Sick Children, London, UK. Dr. Johnson was the first Head of the Division of Pediatric Urology for UBC, establishing the care of childhood urological diseases as a distinct subspecialty within the Province of British Columbia. He served dutifully as Interim Chairman of Urology during two periods in the history of the Division. He performed this task at the same time that he was the Director of Research for the UBC Department of Surgery. Dr. Johnson retired from active clinical practice in 1996, but he continued to contribute to many of our social and academic functions up until his passing in 2009.

Dr. Lorne Sullivan, 1991-1999
Dr. Sullivan was raised in Moss Bank, Saskatchewan, and graduated from the University of Saskatchewan Faculty of Medicine in 1962. After an Internship at Vanderbilt University, he completed his Urological training at UBC under the directorship of Dr. Balfour. He pursued postgraduate training in Urological Oncology as a Royal College Traveling Fellow at several American Cancer Centres before establishing his practice in British Columbia in 1971. During his years of clinical practice he was a respected teacher and clinician responsible for training an entire generation of British Columbia Urologists and medical students. His main focus was the surgical management of urological cancer. He contributed immensely to the patients of BC and to our specialty. To name just a few of his achievements, he served as President of the Canadian Urological Association, the Northwest Urological Society, the Western Section of the AUA, and Chief Examiner for the Royal College of Physicians and Surgeons of Canada. He retired in 1999 to spend time with his family and grandchildren, but continues to grace the Division with his presence at the occasional academic and social functions.

Dr. S. Larry Goldenberg, 2000-2014
Dr. Goldenberg is the current Professor and Head of the UBC Department of Urology. Born and raised in Toronto, Dr. Goldenberg graduated from the University of Toronto Faculty of Medicine in 1978. After a surgical internship in Toronto, he completed his Urological training at UBC under the guidance of Doctors McLoughlin and Sullivan. He was awarded a Terry Fox Cancer Research Scholarship to pursue postgraduate research in Urological Oncology prior to establishing his practice in Vancouver. He has served in many capacities, most notably as President of the CUA, the Western Section of the AUA, and as Chief Examiner for the Royal College of Physicians and Surgeons of Canada. Dr. Goldenberg’s focus on Urological Oncology, and in particular prostate cancer, has allowed him to establish the world renowned UBC Prostate Centre. As a result of his hard work and talents, Dr. Goldenberg has been able to raise the capital to attract world class researchers. Dr. Goldenberg takes pride in having assembled a strong team of basic scientists, translational researchers, educators, clinicians and residents under the banner of UBC Urology.

Dr. Goldenberg was successful in taking the Division of Urology to departmental status at the University of British Columbia. The Department of Urologic Sciences came into being on July 1, 2006.

Dr. Andrew MacNeily, Interim Chair, 2014-2015
Dr MacNeily is a graduate of Queen’s University faculty of Medicine. He completed his postgraduate Urological training at UBC followed by fellowship training in Pediatric and Reconstructive Urology at NorthWestern University Chicago Illinois, and The Institute of Urology, London UK. He began his practice in adult and pediatric Urology at Queen’s University in 1994, and quickly assumed the role of Postgraduate Educational director in 1995. In Sept 2000 Dr MacNeily was recruited to the dual positions of head of Pediatric Urology at BC Children’s Hospital, and Postgraduate Educational Director for UBC Urology. He recently completed his 10 year term as Postgraduate Director in 2010 and was appointed to the position of Vice Chair, Education and Clinical Affairs for the Department of Urologic Sciences. Dr. MacNeily is presiding as Interim Head of the UBC Department of Urologic Sciences while a search for the position is currently ongoing.

Dr. Gleave is a clinician-scientist and urologic surgeon. He is a Distinguished Professor and Head of the Department of Urologic Sciences at the University of British Columbia (UBC), Director of the Vancouver Prostate Center, and a British Columbia Leadership Chair. He has published over 400 papers with >22,000 citations, has an H-Index of 84, an i10 index of 305, and attracted >$80M in research funding.

Dr Gleave is the recipient of numerous awards, including the Aubrey Tingle Prize from the Michael Smith Foundation for Health Research; the NCIC William Rawls Award for contributions to cancer control in Canada; the Barringer Medal from the American Association of GU Surgeons and the Eugene Fuller Award from the American Urological Association in 2013. He was appointed a Distinguished University Scholar at UBC in 2003 and awarded a BC Leadership Chair in 2005. Dr Gleave was awarded the 2006 BC Biotech Award for Innovation and Achievement, and the 2007 BC Innovation Council Frontiers in Research Award. 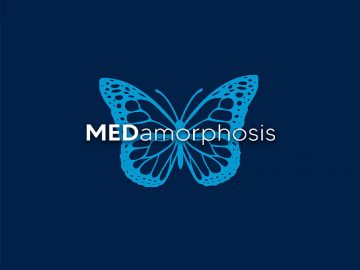